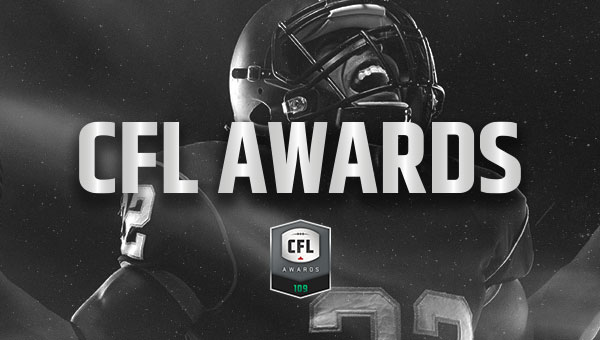 Rub shoulders with Canadian football royalty at the CFL’s most prestigious event of the year in celebration of the season’s top on-field performances, head coaches and personnel from across the league.

Red carpet arrivals and the pre-show reception open the event at 6 p.m. local, and the star-studded awards ceremony gets underway at 7 p.m.

The evening offers fans the opportunity to brush shoulders with the CFL’s brightest stars as the league shines the spotlight on individual performances and achievements from this past season by naming the following:

Commissioner Randy Ambrosie will highlight exceptional contributions to Canadian football through the Commissioner’s Award and the Hugh Campbell Distinguished Leadership Award. Selected by the CFL Players’ Association, the Tom Pate Memorial Award will recognize sportsmanship and contributions to one’s team, community and association, while the Jake Gaudaur Veteran’s Award will be presented to the player who best demonstrates the attributes of Canada’s veterans in times of war, peace and military conflict. The Jane Mawby Tribute Award will honour one highly valued, yet too often unsung, current employee who works at the club or league level.